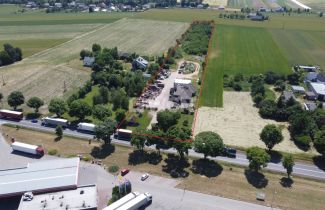 A lot of factors indicate that the property market and its surroundings have seen some very positive changes this passing year, as – most probably – another market cycle comes to its completion.
The property market in Poland has already achieved a high development level – with all the accompanying positive and negative consequences. First of all, this market is cycle-prone. Since the beginning of the transition process there have occurred two full demand-and-supply cycles in the Polish property market. They have shown all the classic tendencies seen in more developed markets: ten year development - regression period and about two year long, belated tendency shift versus general economy trends.

Another instrumental phenomenon is the European Union funding, which serves to feed the transformations, mostly relating to Polish infrastructure and urbanisation. Poland, suitably for the largest country in the region, has come to the forefront of countries taking advantage of this opportunity this year. According to the statistics of the Ministry of Regional Development, the number of applications filed for the EU financing from the 2007-2013 projects is approaching 100,000, while the sum total applied for amounts to almost 220 billion PLN.

There is also virtually untapped development potential for our country (which is taken advantage of by the more developed economies). It entails engaging private capital for public good, which is otherwise known as public-private partnership. This investment vehicle of meeting public needs has so far been seen to be a corruption-prone area. This year has brought about positive changes to it, though.

Firstly, a new and simplified legislation on public-private partnership came into force. One can already see growing interest in opportunities created by the new legislation.

Secondly, a non-government Public-Private Partnership Centre has come into existence. It was created (with major support from the Polish Federation of Private Employers „Leviathan”) by the most prominent players in the property market with participation of consulting companies working in the property market or its surroundings (PWC, Clifford Chance, Wierzbowski Eversheds, White&Case, Baker & McKenzie, Deloitte, KPMG, Investment Support, REAS), as well as banks (BGK, Pekao SA, Bank DnB Nord, Dexia Kommunalkredit BP S.A., BSJP Legal and Tax Advice) and other entities (such as Pomeranian Special Economic Zone, Polish Telecom, European Leasing Fund, French Industry and Commerce Chamber, Stalexport Motorways, Warbud SA).
Regardless the early stage of its operation, the Centre has a lot of achievements, mostly in education and marketing of public-private partnership in our country (regional conferences and workshops for representatives of local governments, training for representatives of regional accounting chambers, etc).

Public-private partnership has wide application in large infrastructure projects. However, it would be very advantageous and desirable to use this means in municipal rental housing construction in our country – as this sector has been the most neglected to date.