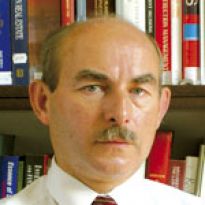 In 2008 the investment market in Poland registered a significantly lower volume of transactions than in the last three years. As a consequence of the turbulence in the world’s financial markets, fewer active investing entities and a limited debt market for significant transactions, resulted in a systematic increase in yields.
2009 may bring a further increase in yields and as a consequence be a year of opportunities and a chance for capital investors not dependent on debt financing. Well located real estate and threatened assets will be the most in demand by investors. Nevertheless, high quality products at competitive prices will be rare in all the sectors.

High developer activity, high demand, a small number of vacant properties and a small increase in rent prices are the primary features characteristic of all sectors in the 2008 real estate market. Tenant demand and the lack of prospects for increased rent rates within the next 12-18 months are a real anxiety for both developers as well as owners in 2009.

Mutual funds were the largest group of the entities, over 75%, purchasing real estate in the Polish market in 2008. Indeed, the suspension of the activity of twelve German mutual funds in the last quarter of 2008 had a negative influence on transactions.

The analysis of the transaction structure shows the unflagging interest of investors in the office sector which attracted over 970 m € in 2008. About 470 m € were put into the retail sector in 2008 where there weren’t the significant portfolio transactions which took place in 2006 and 2007. At the end of the 4th quarter of 2008 the cumulated value of all the transactions in the retail sector exceeded 7.8 billion €. The warehouse sector is the smallest portion of the investment market in Poland as a result of market dominance by a few entities which led to the limited number and size of single transaction volume. In 2008, over 150 m € was invested in this sector and the total value of transactions exceeded 900 m €.

Warsaw remains the most mature market for office space in Poland with modern office stock (to let) estimated at about 2.43 m m². For the first time, among the regional markets (Kraków, Poznań, Wrocław, the Tri-City and Katowice) the leadership position was taken by Wrocław with office stock (to let) exceeded 257,000 m² owing to the record-breaking new supply (over 105.000 m2). Krakow, with its stock estimated at about 234,000 m² came in second. The third place was taken by the Tri-City (184,000 m² of office stock to let). Katowice still remains the smallest in the sector with more than 111,000 m² of office space.

As a consequence of the turbulence in the financial markets in 2008, the launch of new investments in their planning stage may be postponed given the limited access to debt financing and the increased caution of developers considering new investments. One should expect the launch of only a few projects in 2009 which may curtail supply, especially in the second half of 2010 and 2011.

It is forecasted that, with regard to the present situation in financial markets, the demand for modern office space in Poland in 2009 may decrease. In 2008 there were signs of delay in decision making concerning new leases, mostly among foreign tenants. There are more and more offers for sub letting office space for the period of 1-3 years.

In comparison with 2007, the average monthly starting rate for premises offering basic finishing located in Central Business Areas increased by 2 €/m², and oscillated between 24 and 32 €/m² in particular buildings. A similar increase in the average rate occurred in buildings offering vacant premises outside the city centre where rent rates in individual buildings ranged between 13 and 20 €/ m².
Modern retail space in Warsaw and the seven main regional cities (the Tri-City, Kraków, Wrocław, Poznań, Szczecin, Katowice and Łódź) exceeded the 4.5 m m² level at the end of 2008. In comparison to 2007, there was an increase of more than 147,000 m² (about 3.3%). The new supply included twelve projects located outside Warsaw.

The highest monthly asking rates for the rent of so-called prime unit in shopping centers, in the 100 to 150 m²range, is in Warsaw where the rate ranges between 65 and 90 €/m². The runner-up is Kraków with slightly lower rates of 60 -70 € per m². The Tri-City, Poznań and Wrocław are regions where the monthly rent rates oscillate between about
40 €/m²and 55 €/m² whereas the lowest rent rates were noted in Katowice, Szczecin and Łódź where tenants are willing to pay about 40 €/m² to 50 €/m² for retail premises.

At the end of 2008, the total warehouse space was estimated at about 4,67 m². About 45% of which was supply located in Warsaw. Despite the systematic decrease of participation of the Warsaw market in general warehouse stock, this market is still the object of substantial interest from developers.

There is dynamic development in the warehouse sector in the regional markets where in 2008 the supply increased by more than 30% in comparison to 2007. The biggest increase in new supply was registered in Central Poland and in Lower Silesia. Furthermore the companies Panattoni and ProLogis have begun investment in new logistic parks in the so far weakly developed Szczecin market.

This text was the basis of the presentation at the WGN Congress in May 2009.